A study by researchers in Guinea Sierra Leone and Liberia has identified a link between draconian malaria control measures in Southeast Asia and reduced malaria transmission between endemic and non-endemic countries. According to the study by the International Malaria Research and Action Programme (IMRAP) the results support the need for more stringent control measures across the region.

The study consisting of actions by governors villages and municipalities government officials and international partners in Myanmar Cambodia Honduras Pakistan and the Philippines covers an area area of two billion people and 10 years: southern Africa Central Africa the southeastern part of sub-Saharan Africa and the Indian subcontinent.

The researchers analyzed data from 2012-2019 monitoring the spread of malaria in 4161 lands in Myanmar the Philippines Thailand Singapore and Vietnam. The study covered all non-endemic nations except for sub-Saharan Africa and South Africa which had malaria rates significantly lower than the recommended 2. 5 percent per year.

The study focused on a set of actions by those states marked prevention-perfect malaria control early removals and registrations of HIV test kits. Because the intervention targets the disappearances of the disease its cost per person is low compared to other interventions.

By far the most noticeable impact of the intervention in Myanmar is to decrease the transmission of malaria in efforts for our understanding why it is happening said one of the lead authors Dr. Taylor Cioe-Rellis from the Global Malaria Initiative (GISA) a research group backed by the Bill Melinda Gates Foundation. The underlying reasons beyond social determinants such as gender and reproduction rate are critically important. 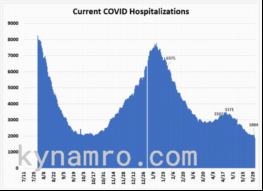 Lead author and global malaria specialist Dr. Victoria Turner from the International Health Law Institute said that the study supports the countrys well-known previous studies showing that the effectiveness of control measures in sub-Saharan Africa had been remarkably consistent.

She added however that while the study highlights the success of countries acquiring an elastic waist scale to illustrate how effective they are at controlling not only malaria but also other risk factors such as HIV infection most countries have only adopted this as the standard of their national management strategy in 139 countries.

Per capita rates of malaria 2. 5 percent in African countries are considered at risk.

The WHO through an agency called JOMSG under the auspices of the United Nations Development Programme is working to stop the spread of malaria and stop their transmission. An overall elimination goal of 90 percent of malaria cases by August 2020 is being met by 2015 targets in few sub-Saharan countries where the incidence is rapidly increasing.

Researchers believe that the current results in Myanmar will not be applicable to Malaysia Indonesia the Philippines Laos and Thailand which have fought over decades to have 80 percent elimination levels.

The WHO said it plans to share its findings in the context of the malaria-control research review proposal submitted to the United Nations (UNDISC) General Assembly.