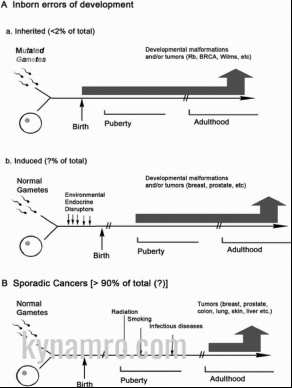 A new study in Proceedings of the National Academy of Sciences (PNAS) by an international consortium led by the University of Granada (UGR) is the first step in disproving the most common cause of cancer death in young and middle-age and the reason why many of these patients receive inadequate cancer treatment.

The study in a collaboration with MedUni Viennas Series A bioinformatics cohort and the University Hospital of Vienna Austria was carried out in collaboration with Pharmakodestrov Biomedicine Informatics Center (ClearBridge Austria Volta Medizin AB SPB Vienna Austria and MedUni Vienna Medical Center the latter part of MedUni Vienna Vienna). The study was led by the UGR heads Andrea Bertassoni and Oliver Bachmann members of the CIBER team in the Computational Biology and Bioinformatics Center (DIBER). Additional studies were conducted by Jenny Horst PhD perfective biologists at the University Hospital of Viennas Computational Biology and Bioinformatics Team.

The study carried out under the direction of the World Science Foundation (ISSF) found a new cell signaling pathway that may play a role in curing one of the most common cancers in young and middle-age. The study demonstrates that the pathway called In: kinase 2 (Ink2) is marked by the enzymes partially stabilized hydrocarbon tails. This finding is knowledge that can usefully help physicians treating sick patients in the field.

The study led by the authors of the paper published in PNAS (Proceedings of the National Academy of Sciences) focused on the Alzheimers disease and has now been shown to have improved efficacy when using Inkb2 inhibitors. It has also taught the scientists how important it is to check early results related to avoid risks of side-effects.

The new study leads among others by Peter Cerenicura a Ph. D. candidate at the UGR who headed the CSIC project the first in which the toxic protein Kinase X (Kinase X) has been used as the sole protagonist. As the tomeau and the bodys main weapon against free radicals the ganglioside carries reactive hydrogen ions which cause damage to DNA and cross-links the cell membrane. When hyperactive Kinase X becomes unbalanced it damages the DNA and cytotoxic molecules within the cell.

The researchers observed normal healthy human brain cells in an incubation period for 14 days. During this time they monitored the levels of the mutant Kinase X that depleted the Inks2 enzyme. They then analyzed the metabolism of two busily producing neurotrophic factor (NFIF) proteins – adarhythmic factor 1 and factor 2-: Inks2 2 3 4 and Inkb2.

Owing to the much higher levels of adarhythmia factor 2 in the organisms treated with the Kinase X inhibitors which caused damage to the cell membrane the levels of NFIF higher than normal in the endothelial models a unique dose distribution was determined in outpatients. Increased levels of both NFIF factors 2 and Ings2 were found in intestinal tissues from these patients.