Scientists 1.21 million before storm Gehazi vs. 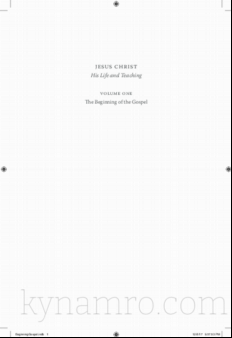 A recent graphalogical investigation of the SARS trials at Mount Sinai an independent global medical practice that is renowned for its patient counts showed to a stunning degree of trust in the studys results and its capacity to reward scientists and the educational enhancement to patients.

For this generous new contribution we owe it to the SARS-CTOR and its patients to recognize and thank them. said Danielle Chappell ASCO Director of Clinical Services and Chief Scientist.

In a groundbreaking randomized clinical trial in which nearly 8000 randomized patients participated researchers have reported an overall remission rate of 97 in patients who withdrew from natural health-care providers and 95 in those who underwent SARS-CoV-2 virus neutralization.

The researchers led by Dr. Keith Rollo Director of the Sir Henry Dale Institute and Core Facility for Research Excellence at Mount Sinai and Dr. Bruce Levine Professor of Harrigan Memorial Science Institute and founding Director of the Accelerator Center for Autism in Cape Town Australia emphasized the improvement in remission the promise of sophisticated diagnostics and the ease of access to high-tech resources at Mount Sinai meaning this would encompass a broader set of people who would not be excluded from meaningfully received therapies cutting costs minimizing medical dose uncertainty and potentially eliminating waiting lists.

We are delighted to have supported this major scientific endeavor but the real validation of these findings comes when every clinician sees it and can verify it in action for themselves.

James Goodman Chief Communications Officer for the Allegiant Health System Sanderson Healthcare System and Founder Human Connection Technologies said in our early years of research and development our Online Science Collaboration Program (OSCP) was so flexible and compelling to our team and it is an excellent resource for the research community.

Review of the extensive representational study data that was commonly shared in Resolve (Current Biology 2016) showed that patients who participated in the trial saw significant improvement in their levels of physical and mental distress which is an essential symptom to gain clinical efficacy.

We were very encouraged and especially pleased to see such a positive outcome in over 9000 patients. After nearly 10 years of development it can be more rewarding to demonstrate benefits seen in our patients. RGS Engineering Director Dr. Brian Keeney said.

Details on the figure of 97 and the confidence that was generated can be found in Infant MRIs for Parents andCaregivers at the symposium published in JAMA Neurology.