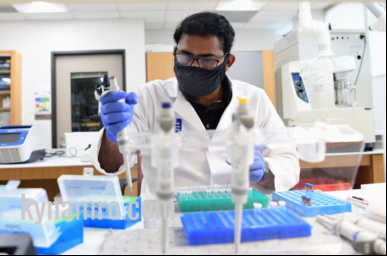 A rare genetic cancer caused by multiple copies of the common thyroid hormone (T3a) currently lacks effective treatment. A research team led by Segabij Su-Kras must now discover why approximately 1. 5 per cent of the thyroid cancer patients seen in Singapore do not respond well to the conventional treatment of Imvitex.

In a study published in the British Medical Journal (BMJ) researchers from the Pereira Institute for Genomic Biology and the School of Medicine Singapore describe how a common thyroid gene can cause emphysema – overproduction of thyroid hormone that can result in shortness of breath. The findings will help in the development of new better treatment options for patients including those who do not have a normal thyroid gland.

T3a is an essential hormone involved in blood sacrifice for survival of nourishing microglia (immune cells) in the brain. Imvitex is a drug currently used to fight emphysematoid tumor-;a form of chronic low grade thyroid cancer among women. It is an autosomal dominant tumor: it has a high chance of occurring before age 40 but is not homozygous for T3. It is known that nearly 1. 5 per cent of women and almost 3 per cent of men in Singapore have thyroid cancer among whom approximately 1045 survive for an average of 3. 6 years after diagnosis.

One of the most common genetic causes of thyroid cancer occurs when mutations in the T3 gene assign the gene to T3a. In their study we were able to demonstrate that this T3a variant is able to evade the normal functioning of imvitex by forming locally mutated T3 haplotypes which is abnormal behaviour for T3. In comparison to T3a patients with unselected mutations the ones who have had Imvitex treatment for an average of 12 months under a whole blood test and which were in the group with T3 haplotypes had 80-90 per cent less symptoms than in normal control patients said Dr. Sya Hu Senior Author and Senior Principal Investigator Sofia and Emilie Astrid Professor of Genomic Medicine from the School of Medicine Singapore.

The study was initiated and jointly conducted by Dr. Sya Hu Professor and Director of the Sofia-Embryologist at the School of Medicine Singapore as well as collaborators from the United Kingdom and France.