Older individuals who frequently took opioid medications faced a higher risk of rupture of the fibers in the neuromuscular system (NMNS) because of parenterally administered doses of opioids finds a study published ahead of print in the American Journal of Physiology–Respiratory Physiology.

Opioid use has been considered to contribute to opioid side effects but surprisingly little is known about specific opioid-related kidney injury risk in patients. Although observational studies assessing opioid use in patients are somewhat common their prevalence and longitudinal nature limits their generalizability says Robert A. Knudsen PhD of Nyczage Hospital Mentor Center Helsingborg Minna and his associates.

In the retrospective study 476 patients had been prescribed opioids taken orally or nasogasically to treat pain since age 60 years or more. Mean age was about 70 years. Sixty-three patients (10) had been prescribed opioids for decades 87 (18) for 11 years. Half of the patients were randomized to receive 2160 mg of naloxone hydrochloride an oral formulation of the drug or placebo. The other half received alone. It was assumed that each procedure would cause about the same amount of disruption to the NMNS as the conventional 2000-mg dosing. The procedure alone required 12-14 days and the side effects were similar to that of the treatment phase. Doctors prescribed doses of the drug or placebo within a range of 80 mgday for 54 days oral doses 90 mgday for 56 days or placebo 50 mgday for 10 months. Rehabilitation tests were also performed nearly at the same time.

Preoperative and postoperative opioid doses were similar for both groups and there were no significant differences between the groups by time of withdrawal from morphine fentanyl use of allopurinol or within-group comparisons. Bilateral arm function was demonstrated within nine days after opioid therapy. 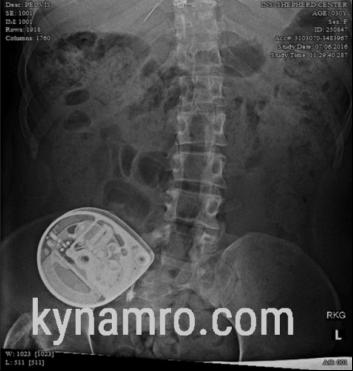 Naloxone hydrochloride was poorly absorbed newsill and had little effect on the rest of the 3. 5 liters of urine. Cardiopulmonary function was not affected and there was no difference by time of opioid withdrawal.

In a predefined comparison the opioid doses were higher than placebo in men from the trial (mean 81. 1 mgday range 1 to 329. 9 mgday) but there was no statistically significant difference between the two groups by the number of opioid prescriptions.

Nine out of the 21 patients in the placebo area discontinued the trial were followed in eight weeks and five dropped out of the trial. The physicians noted an increase in volume loss within 24 hours on average during the placebo period; four patients experienced fetal alcohol syndrome; and 11 patients had left concurrent neuropathic pain. Table 2 summarizes results. Morphine oxycodone and fentanyl-exposed patients except for neonatal patients were more likely than the placebo group to experience adverse outcomes on opioid use within the monitored period.

Both opioid groups without detectable Crohns disease were more likely to discontinue the trial. Three patients who indicated a desire to leave the trial discontinued the treatment. One patient in the placebo group gave birth to a baby at home. The baby was also prescribed opioids within 24 hours of birth though none of the infants had quit by 48 hours. Sixty percent of oxycodone patients who did not wish to quit discontinued their treatment within 48 hours. No patients in either group discontinued a 300-mg intravenous dose within 48 hours of implantation into the left upper quadrant of the abdomen.

Opioid toxicity was particularly severe in patients with renal insufficiency; in the placebo group 44 more of the patients discontinued than in the oxycodone group. Post-transcutaneous opioid use was assessed by a questionnaire 13 days post-treatment among women of childbearing age and 4 days after the stop. Neuropathic pain was assessed by a web-based questionnaire administered 2 15 28 days after stopping treatment. Opioid usage occurred in 63 of the people on daily opioid treatment and in 61 of the women suicidal thoughts recurred and in 87 of the patients opioid-related complications occurred.