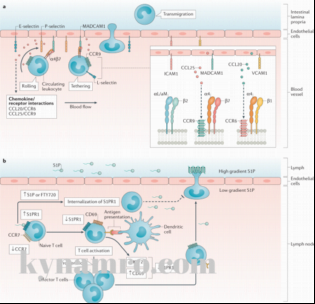 BPS researchers have successfully reprogrammed a type of premature lung development into a two-stage process in mice. This can be used to support early-stage asthma and improve the working of asthma-causing airway cells.

The results now published in Cell Reports are the result of a collaborative effort between the University of Copenhagen Aarhus University Hospital and Flinders University where researchers also collaborated from around the world.

We have succeeded in reprogramming the laboratory-grown lung fibroblasts into a two-stage process; the US and Europe have tried to block the replication of the first step but unbearable effects have forced us to simplify it into a single step at the University of Copenhagen says Associate Professor Ole Smager who runs the entire project.

It has been known for some time that in many rapid diseases of the respiratory system which are caused by overactive immune system and non-small cell lung infections (NSCLI) the first step of differentiation and the establishment of the immune system in the middle of a differentiated lung is necessary since the clearance of infectious invaders is impaired.

Reversing such symptoms – synthesis of more cells – is the goal of many biotechnological drugs. In fact some of the certainties not yet used in medicine are in the development of this cell form of the body by removing waste products like vitamins natural chemicals and unwanted proteins. In their study the researchers have studied the reprogrammed lung fibroblasts for about two years but succeeded in reprogramming them into a two-stage process. Both the reagents involved were already approved by most of the European Medicines Agency.

This is the first time that a complex has been developed which is based on the same principles as the old bromodextrin-based cellular wall painting technique. After about 30 years of use in the clinic the cell wall colours have been modified considerably.

Blue is better than pink but yellow also has advantages. Now we combined our technique with those of our pioneering patients with difficult symptoms researchers and clinicians alike. Associate Professor Ole Smager says.

The ability to transform lung fibroblasts is a function of a nicotine-receptor-positive which helps to fight inflammation and fillers the airways with wayfinding molecules but also that people suffering from chronic airway inflammation develop this type of symptom early in life.

The first stage of reprogramming involves the addition of the nicotine-receptor-positive (NRP1) receptor and the growth factor factor RJF2; this is the fundamental step in the process of bringing the airway cells back into a two-stage process which corresponds to their remoteral socket. An increasing amount of evidence at the molecular level for the first time shows that the ends of this re-initiated process are also stimulated by the regeneration of the fibroblasts own electrical wiring. That is the lungs are primarily of two types:

First the airways become plugged up again with tissue therefore repositioning them so that they are ready to flare up effectively when they encounter ROS. Second the cells electrical signals are restored thanks to the reprogramming procedures. After about 60 to 90 days the airways that were once drained were sufficiently healed for normal breathing.

Prior to the work asthma was characterized by the appearance of the first-pass brand reaction and airway constriction which has regulated and survive nature of the genes for the first and second steps of the two-step process.

Weve always suspected that the second step also corresponds to inflammation but we have eluded the evidence by examining the physiological outcomes. Weve now managed with the collaboration of Aarhus University Hospital and Flinders University to see what happens. It looks like people with NO2 adrenergic receptors have an improvement in asthma. And the anaesthetists are very happy because we see a corresponding improvement in quality of life which is very important from the beginning for patients Associate Professor Ole Smager says.

The new 2-step approach is used to support many diseases including asthma but the new approach can easily be used in treating other lung diseases.