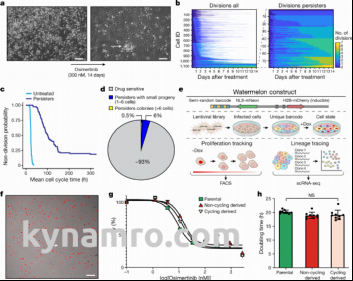 A new study of cancer biomarkers by scientists at The University of Manchester has mapped a previously unknown function in cancer cells that could lead to new ways of fighting the disease.

The team based at The British Heart and Lung Institute (BHLI) studied the arrows that cancer cells use to survive in the presence of free radicals a condition called oxygenosis.

This research has discovered that these arrow-open cells known as arrow cells have an enzyme called caspase-9 (CSP9) which breaks down a mitochondrial protein known as mitochondrial DNA in exchange for its own chemical energy.

The enzyme is found on the cells membrane and works as a dongle-like protein for this cell survival mechanism. Therefore it is believed that these arrow cells are able to survive and multiply in the presence of free radicals. 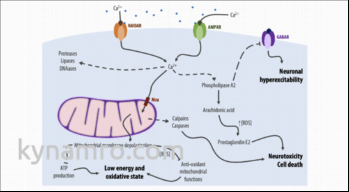 In a study published in Cell Reports researchers identified this function in leukemia cells and showed that when cancer cells were treated with a drug that causes the CSP9 enzyme to break down it successfully killed the cancer cells for over nine months and led to complete recovery of these patients.

A major challenge to the search for cancer therapies is that most of them target simply the proteins on cancer cells looking for some repair mechanisms. The discovery of the function of CSP9 in these patients addressed this main challenge.

The next step for researchers is developing a cocktail of drugs that inhibit it and stop cancer cells from growing or spreading. This is a crucial step in the search for new ways of combating the disease.