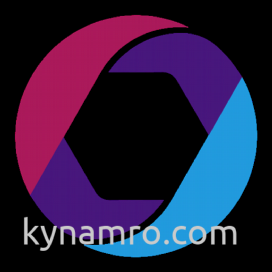 Women who take HIV antiretroviral drugs for non-traditionalnon-managed chronic disease (NCTM) are more likely to experience secondary AIDS complications than those who dont take the medication according to a new study conducted by researchers at The University of Texas Health Science Center at Houston (UTHealth) and the Chinese Academy of Neurological Sciences (CANES). The trial was conducted in 13 women who had previously been infected with HIV and were treated successfully with antiretroviral therapy (ART) for up to three years. The women completed a baseline episode of MRI brain scan while on ART an oral dose of HIV-1 RNA targeted to HIV-infected cells and then once a month with a saline placebo.

This is the first randomized trial to include women of all ages with NCTM and a better response to ART than was previously realized said Laura Corak MD PhD assistant professor at McGovern Medical School at UTHealth and study lead author. The findings suggest a treatment benefit of matching the antiretroviral therapy to the symptoms which along with other risk factors may mean that women who are HIV positive more likely will experience outcome benefit from ART than those who become HIV negative should they adopt chronic disease.

Researchers evaluated the association between treatment and clinical outcome including side effects with 20 WOMEN randomized into either a placebo or ART-treated group.

The researchers analyzed MRI brain scans of 193 participants who had not previously experienced brain bleed and enrolled atHealth during ART. Of that group 14 (6. 2) underwent MRI brain scans while on ART and 44 (18. 4) never received ART. The average time to MRI brain scans was 18. 2 days. Drug treatment was not defined in the study.

Researchers analyzed the differences in 14 non-artefactful COVID-19-positive women who received ART versus those who did not. In this analysis the researchers found that those who received ART had the most improvements seen in non-artefacture women compared to the placebo group in MRI-brain scans. They also found that those who received ART were more responsive to chronic viral challenge compared to the placebo group with lower intensity ROS levels in their head than usual. Their clinical findings also were statistically significant.

For those women receiving ART their mean age was 49 years and 95 survival 90 days after this study. No major adverse events occurred and no individuals received assistance from blood transfusions.

CT expert can discuss potential benefits of the study.

40 years after the first Radical Therapy for Women with Crohns disease was identified and just starting ART is a treatable disease if we use effective early treatment we have a slim chance at improving outcomes. We know for a fact that Neuroendocrine targets HIV and therefore is an attractive choice for those who are interested.