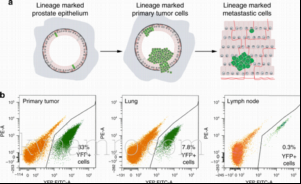 Among newly diagnosed stage prostate cancer with a known incidence risk factor of HIV-1 serology, patients with those tumors were classified in a low-, moderate-, and high-risk subsets depending on survival and treatment, according to a retrospective case-control study by University of California, Irvine and Hackensack University.

The meta-analysis of 89 initial reported cases and 219 subsequent cases that met eligibility criteria published April 5 in JAMA also reported 35 cases of metastatic prostate cancer with a known incidence risk factor (PR-EPS), comparing survival rates in all cases compared to those of HIV-positive patients, among patients with CD4+ T cells and HER2+ breast cancer. No significant differences were observed in the primary end point between the two groups, but several studies have suggested an important protective effect of targeted molecular therapy known as CAR-T cells for the treatment of advanced PR-EPS. Results of a sensitivity analysis in a subset of patients also visted only two patients overall and therefore do not form part of the total data.