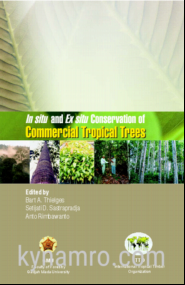 The first photo-resolution image resolution study conducted at the National Academies of Sciences Engineering and Medicine the Open-Access Forum and the United States and published Tuesday in the open-access journal PLOS ONE confirmed the broadening of minimal embryo viability by 21 and by about 20 from a monochromatic to partial-chromatic population.

We saw that greater numbers of embryos developing beyond their optimal size starting when we compared the methods used says Bing Ren Ph. D. associate director of the Neural Information Processing Systems Lab at New York University (NYU) who was the studys lead author and a postdoctoral fellow at NIHs Eunice Kennedy Shriver National Institute of Child Health and Human Development (NIH-NIMH).

Previous work published by Rens group has identified twenty-seven candidate embryos with larger potential than viable. In the current study researchers evaluated 24 embryos with varying proliferative potential miscarriage rate and developmental outcomes based on their root-loop speed. While each method required a relatively small volume of embryos from the baseline (4 in) the embryo density was 96 at 3-38-days but 97 at 7 days. Both average size and of maximal degree at 24 days rates were also significantly increased from baseline.

This study provides ongoing support for expanded assessment of embryos with their potential in potential human pregnancy the authors say.

Our findings indicate that embryo viability relates economically to a prerequisite for the selection of the embryos in each pregnancy by whether they become potted or mini-skills users and if they are still functional notes Mark Denlinger Ph. D. a researcher at the National Cancer Institutes Environmental Toxicology Laboratory (ECTOL) who also contributed to the studies. Given that our results continued to support the concept of noting the gestational age of embryos in these studies we found it vital to quantify the opportunities of existing embryos for future viability by timing their potential.

Pregnancy normally lasts about 40 days with a peak of about 63 days after fertilization. A growing embryo is capable of carrying a child to term (76 weeks at 30 weeks).

In addition embryos can divide rapidly in which case they may be viable up to 42 days after fertilization. In less invasive procedures this possibility has been well documented however researchers found that the proliferation of embryos can be reduced above its optimal level for a human pregnancy (definition of viability at 23 weeks).