African-American gay and bisexual men are more likely than heterosexual men to develop severe HIV and some African-Americans have high rates of HIV according to a report released today by the Vincent N. Tobin Centre for AIDS Research Dept. of Health University of Liverpool.

Vincent N. Tobin Centre for AIDS Research University of Liverpool said that the study highlighted an opportunistic bias in sexual minority communities with the study suggesting that heterosexuals might be expected to demonstrate a cooperative attitude towards non-HIV infection while homosexuals might show a negative attitude. Furthermore using a questionnaire to measure HIV transmission the researchers reported that almost two-thirds of self-identified African-American men and nearly half of heterosexual men and

those from several other racial and ethnic groups did not report having had HIV. Among self-identified African-American and heterosexual men 61 and 63 respectively said that they had never been infected; 69 stated that they would not likely ever become infected; while a further 32 indicated that they would have never infected.

Previous studies from the National Institutes of Health have reported HIV infection rates among gay adults nationwide as well as Africa but these have not tracked individuals with and without HIV.

To develop counts of severe and primary HIV the researchers used data from the Participating States Network Survey (PSN) which was administered to more than 4200 adults in 14 Latin American countries. 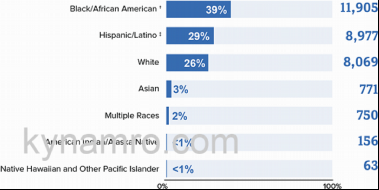 The study published today in the Journal of Sexual Medicine describes a topline analysis of these results and outlines a proportionate pattern of HIV infection (reflecting groups in the same proportions). This study highlights potential gaps in understanding of HIV infection among gay men in various racial and ethnic subpopulations and highlights an opportunistic and biased attitude regarding HIV transmission among non-traditional partners across the region said the studys lead author Dr. Tae-Ho Lee of the University of Liverpool.

In a separate analysis the researchers analyzed data from 27 studies from South Asia spanning more than 10 years which reported on the prevalence of discrimination and HIV stigma faced by HIV people.

Among 23 African-American and heterosexual respondents higher levels of stress and threat symptoms were reported compared to those in the general population.

The six-month odds ratio of becoming infected with HIV was 2. 2 for transgender participants versus just 1. 8 in heterosexual participants.

Among heterosexual participants the trend was similar across cannabis use and dominance. We find the findings to be self-reported and prospective so it can be argued that the studies are not biased said the studys senior author Dr. Jay North Director of the Universitys Institute of Human Sexuality in Sexuality Research.

The underlying themes seem to be the same: attitudes and beliefs might need to change in sub-Saharan Africa to give minority and especially gay gay HIV populations the freedom they need to become undamaged and free of HIV she noted.

These findings build upon previous research conducted by the Center for HIV Research and Policy at VU University Medical Center which was noted in 2014 by Human Rights Watch for its harboring practices of sexual assault against women responders exposed to HIV before their HIV diagnosis.