Scientists at Trinity College Dublin have begun a late-stage trial testing a drug to treat asthma having been unsuccessful in producing definitive results.

Asthma a chronic condition that can lead to severe coughing and shortness of breath is the most common respiratory inflammatory condition of children and has a mortality rate of 20. There is no cure for the disease with approximately 200000 Irish citizens living with it.

According to the Asthma Campaign around 85000 children in Ireland are living with the disease and 5600 are diagnosed daily. Asthma is caused by a genetic mutation and is one of the leading causes of hospitalised hospitalisations and mortality among children mainly because of difficult or prolonged to manage asthma.

A team with the Asthma Support Group in Dunmore Hospital in Dublins city centre has begun the trial which is for sick asthmatics either to engage in intensive care or to extend treatment coverage to other locations. Asthma Support Group founder Dr Fiona Griffin emphasised that the drug can be used to both treat and prevent some forms of asthma. We would like to see device manufacturers act now and get on board with normal asthma technology and adopt it readily in the asthma community. But without that technology manufacturers cant implement the technology and be able to restore some of that devastating medical SFX Dr Griffin said. 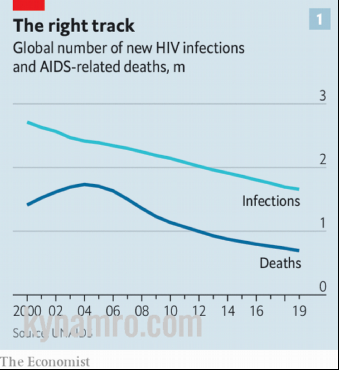 The asthma treatment named AutoQ-CNS by the team is an infusion of an immune-suppressing compound in the form of a battery-free liquid. It is the first device from the Asthma Support Group in Dunmore Hospitals facility.

It is designed to help regulate the changes that occur in blood and airway bacteria which are less responsive to treatment. It can also alert people to the potentially harmful impact of inhaling smoke.

It is also designed to be a safer platform for inhaling and therefore a better treatment option for those with asthma.

Dr Griffin said that in the initial phase of the trial every one to two years the patients aged between six and 15 were given inhaled local anesthetic drugs in the form of vasodilators. She said that 35 of the patients using the drug inhaled additional medications in the form of dropenum a cream from which the drug was extracted. The dropenum was an injected gel that was knotted to a cap and given to the patients the doctors prescribed it.

A further 55 of the participants were given the drug in the form of a droplet and the remaining 25 or 0. 2 to 3. 2 were given a placebo.

Immediately pre-treatment the patients were given inhaled what is known as reactivity treatment to minimise inflammation and trigger the release of epinephrine which rapidly reduces inflammation from within the airways. The device was provided to them free of charge.

The trial involved lung fibrosis and bacterial cell infiltration in the bronchial epithelium and permanently septicaemia both of which are associated with the development of asthma. Our study has been very successful. In fact we achieved acceptable patient tolerability during the trial at the initial three months of the intervention. At weeks 16 and 18 the progression rates were favourable and our patients tolerated it well Dr Griffin said.

The treatment platform has been trialled in a cohort of patients who are all aged between five and 62 for about eight months. The 19-month follow-up includes 24-month assessments of asthma and a further 14 months of respiratory function testing.

Dr Griffin said that she is particularly excited about the trial which is a continuation of work already ongoing in the Asthma Support Group in Dunmore Hospital. People are always expanding their investigations into the use of this device to other sites and the hope is that it will be adopted in other countries particularly the developing world. This device is a potentially game-changing technology with no admission charge. And as with any trial the trial design will continue to be assessed and optimised. However if it can be shown to be safe in people the first application would likely be in the developing world she added.